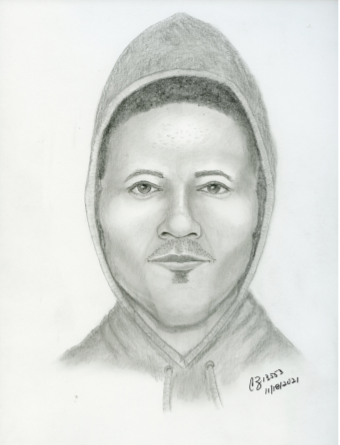 The suspect is described as a Black male, with medium to light complexion, dark brown eyes, approximately 6' 3" tall, approximately 160 pounds. The suspect was wearing a plain maroon hooded sweatshirt and gray sweatpants. The suspect is believed to be traveling with a second Black male in a vehicle described as a newer model red sedan. The U.S. Postal Inspection Service is offering a reward of up to $50,000 for information leading to the arrest and conviction of the suspect(s) who robbed a United States Postal Service Letter Carrier in the 300 block of S. Stapley Drive, Mesa, AZ 85204. The incident occurred at approximately 10:40 A.M. on November 16, 2021.

All information will be kept strictly confidential