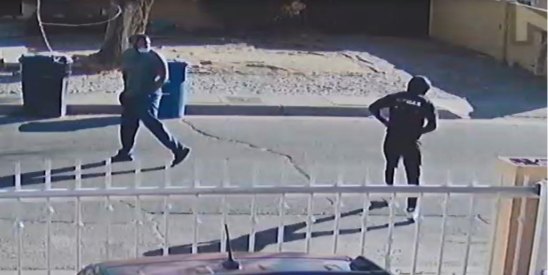 The suspects were driving a black Dodge Charger and are described as male, approximately 6'0" tall, wearing dark colored clothing. The suspects were armed with handguns at the time of the incident and should be considered dangerous. The U.S. Postal Inspection Service is offering a reward of up to $50,000 for information leading to the arrest and conviction of the suspects who robbed a U.S. Postal Service (USPS) Letter Carrier at the intersection of Domingo Rd. and Espanola St. NE, Albuquerque, NM 87108. The robbery occurred at approximately 10:00 A.M. on January 18, 2022.

TAKE NO ACTION TO APPREHEND THESE INDIVIDUALS YOURSELF

All information will be kept strictly confidential.