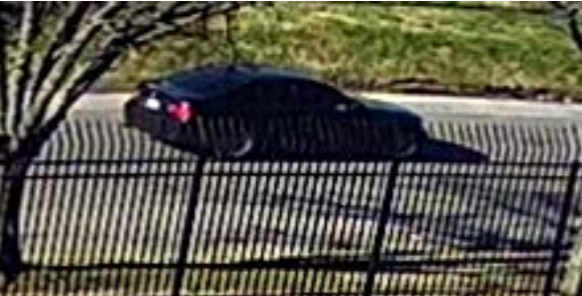 Suspect #1 - Black male with a medium complexion, armed with a black gun, approximately 5'6" tall, weighing approximately 145 pounds with a skinny/athletic build, 24-25 years of age, with hair in short dreadlocks that did not reach the shoulders. The suspect was wearing a dark neck gaiter, tan Balenciaga "Triple S" shoes and a burgundy Nike two-piece sweat suit bearing a large swoosh on the front of the top and a swoosh on the side of the pants. Suspect #2 - Black male wearing an orange coat. Vehicle - Dark colored 4-door sedan The U.S. Postal Inspection Service is offering a reward of up to $50,000 for information leading to the arrest and conviction of the suspects who robbed a U.S. Postal Service (USPS) Letter Carrier at approximately 11:00 A.M. on Friday, December 11, 2020, at 3627 Silver Park Drive, Suitland, Maryland 20746.